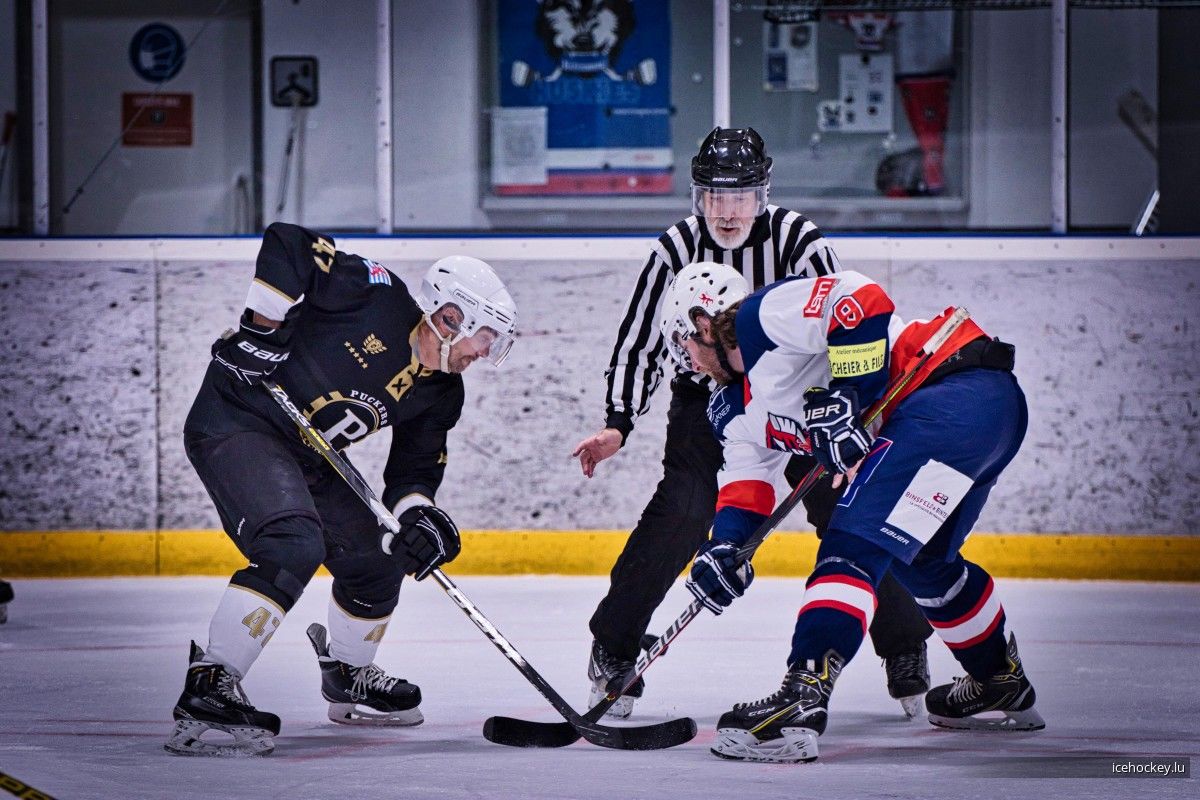 LHL off to a shocking start! Excitment levels are through the roof!

This article was originally created by

Absolute madness is going on in the inaugural season of the LHL!
The first 9 games of the newly created Luxembourg Hockey League have been played, and no one could have predicted this much excitment so early on! So far, this league has had everything: shock, surprises, hard fought battles, and still, the ending is wide open and as exciting as ever in both divisions!
In the division 1, the biggest shock came as the Tornado Luxembourg, after decades of being the untouched, reigning champion and largely dominant team in the country, have been beaten by the Puckers Luxembourg! Twice in a row! Never in the recent past years have the Tornados lost more than one game in the entire season, and now they're starting the LHL with two defeats. The Puckers Luxembourg might have surprised everyone, but their success was not by any means lucky. They have played great hockey, have not trailed once in both games, and have proven that they are the team to beat right now! They want to go all the way towards the title now. As for Tornado, the chances for the title are not entirely vanished, but have been strongly minimized. They can not afford to lose a single game anymore, and will require some luck from the other games. We're on to even more excitment now, as the red hot team from the north-east of the country, currently on second place in the Belgian Division 1, the Beaufort Knights, will join the party! They want the title as bad as anyone and they will now face the battered Tornado Luxembourg in an epic battle that will fuel this fierce rivalry. On Saturday, December 11th, the two will face off in Kockelscheuer! Tickets will be on sale soon, with limited places available due to Covid. Luxembourg's most awaited derby is coming! You do not want to miss this, so stay alert and mark your calendars now!
In the LHL's second division, the excitment is also reaching peak levels! We have witnessed amazing milestones, like the first ever official women's game in Luxembourg, the first ever victory of the newly created Silverbacks team, as well as big upsets from the Huskies and the Beaufort Knights II. At the top of the standings, three teams share the crown right now! With 6 points each, the Huskies, Cool Puckers and Beaufort Knights II are all in the race for the division title. There are only three games left in the entire division, and only one team will take the title and be promoted to the Division 1 in December this year. The first placed team will join the upper division to finish the season and get a shot at the national title as well. One game will be the deciding one: On December 2nd, the Beaufort Knights II will take on the Huskies Luxembourg at home. The winner of this game has the highest chances of winning the title. Unless... the Silverbacks are taking one of these two teams down in one of their two upcoming games! The Silverbacks want it bad, while their opponents cannot afford to lose. Everything is still possible in the second division, and we're in for many more exciting games.

Who would have thought that this league would have this level of competitiveness, excitment, upsets and surprises? Make sure to not miss a beat and stay tuned!
The schedule for the entire second half of the season will follow soon as well.
All scheduled games of the division 1:
https://www.icehockey.lu/page/division-1-86794
All scheduled games of the division 2:
https://www.icehockey.lu/results-league-2459